The simile of the doomed flight 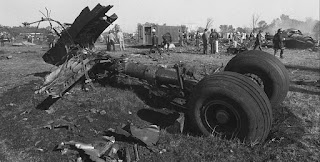 [This is the easy part of a longer critical essay I am currently working on. It will take some time to get it properly published.]

Imagine you are on a flight from Toronto to London when suddenly the whole aircrew disappears. There are 100 passengers on board -- women, men, and children --, none of whom knows how to fly an airplane. What do you do?

"Well," you say. "Obviously, the goal is to land the plane safely. So you want to find someone who can do just that. And certainly, some of the passengers would know a little more than others about flying an airplane or at least about communicating with air traffic control. So you have to pick one of those."

But there is no evidence to suggest that the person who makes the most confident claims, or speaks the most eloquent, or shouts the loudest, or the longest, or the most pitiful, does actually have the greatest competence or the best ideas(1,2).

"Well," you say. "You would have to trust your judgement."

All right then, imagine there are two passengers who claim to "know a little more than others". A 61-year old female banker who wants to continue on to London and a 45-year old male school teacher who insists on turning the plane around towards Toronto. Whose course of action should be taken?

All right then, collective decision making it is. But who should be allowed to vote? Everybody? Everybody but the children? Everybody with children? Those between thirty-one and sixty-five years of age? Those who claim to "know a little more than others"? Should it be one person, one vote? Should the vote be weighted? But weighted by what?

These are the questions of the democratic condition -- from citizens electing a prime minister, to a group choosing amongst policy options, to a committee selecting a new boss, colleague, or subordinate. Collectively we wouldn't elect an idiot leader, opt for a disastrous plan, or pick a jerk for a co-worker. Or would we?

"It has been said that democracy is the worst form of government except all those other forms that have been tried from time to time."(3) Churchill's conclusion implies that on the whole we cannot do better than democracy.

Is it true? Or have we just become intellectually lazy, bureaucratically paralyzed passengers on a doomed flight?

NOTES AND REFERENCES
(1) "We propose that those with limited knowledge in a domain suffer a dual burden: Not only do they reach mistaken conclusions and make regrettable errors, but their incompetence robs them of the ability to realize it." Kruger and Dunning (1999)
(2) Plato (ca. 375 B.C.E.), The Republic: The Simile of the Cave: 521b: "But what we need is that the only men to get power should be men who do not love it[.]"
(3) Winston Churchhill (1947): http://hansard.millbanksystems.com/commons/1947/nov/11/parliament-bill#column_206 (Accessed: 9 Nov 2017)