The price of your soul? 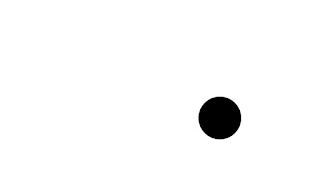 The Faustian bargain. Yes, you can put a monetary value to it. Here is the thought experiment.

1: Think of the evilest person that comes to mind -- Hitler, Stalin, Mao, more contemporary equivalents.
2: Imagine this person approaches you at a meeting. He hands you a suitcase with the words: "Here is a present for you. Money. You can use it for personal purchases -- properties, cars, yachts, ... You cannot use it for charity or for political purposes -- saving children from poverty, supporting democracy, equality, ..."
3: What is the lowest amount of money that you would accept -- any amount, $10, $1,600, $9 million, ...?
4: Hey presto! That is the price of your soul.

Does your soul have a price? Does the price vary over time? If the price is made public, does it change? 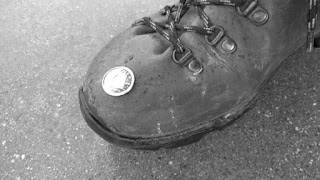 Lunatics are gaining legitimacy. And here is my hypothesis.

In the past, if there was 1 lunatic in 1,000 people, lunatics had great difficulty finding each other. Today, thank you very much social media, lunatics can easily form groups.

We cannot control lunacy, or the forming of groups, or the shouting for that matter. The question is: Can we control publicity?

Unfortunately, in the evolution of democratic society, we have reached a stage where ignoring an opinion is considered an undemocratic act. Consequently, we patiently listen to even the most lunatic ideas, ideas that not only lack evidence but that often go against massive evidence to the contrary.

This practice has had dire consequences: The reinforcement of the lunatic's confidence that his conviction represents a legitimate position. The conclusion by the underinformed that facts are fewer and less certain than they in fact are. The folly to take the lunatic's confidence as a measure of the strength of his claims. The abuse of our good will by people with nefarious agendas. The catering of desperate politicians to lunatic superminorities. The adoption of the fear-and-anger business model in the media. The readiness of governments to disinform their own citizens and those of foreign nations. ...

And so, the Protocols of the Elders of Zion, 9-11 conspiracies, birtherism. And so, holocaust denial, climate change denial, mass shooting denial, CoViD denial. And so, QAnon, the "stolen" 2020 U.S. election, anti-vaccine delusion.

But here is the thing:

NOT ALL TRUTH PROPOSITIONS ARE EQUALLY PROBABLE.

And, yes, I am shouting this.

Would we give television time or newspaper space to someone who claims electricity does not work, or antibiotics, or bridges across rivers? To someone who believes water, or food, or gravity are social constructs? (Admittedly, the number of gravity deniers must be small, not because the evidence is literally just a stone's throw away, but because their lives must be so short.)

Yes, I do realize the irony of dedicating a couple of hundred words to lunatics. But let us just stop giving intellectual space to the perpetual re-examination of lunatic ideas. And let us use it to solve actual problems.